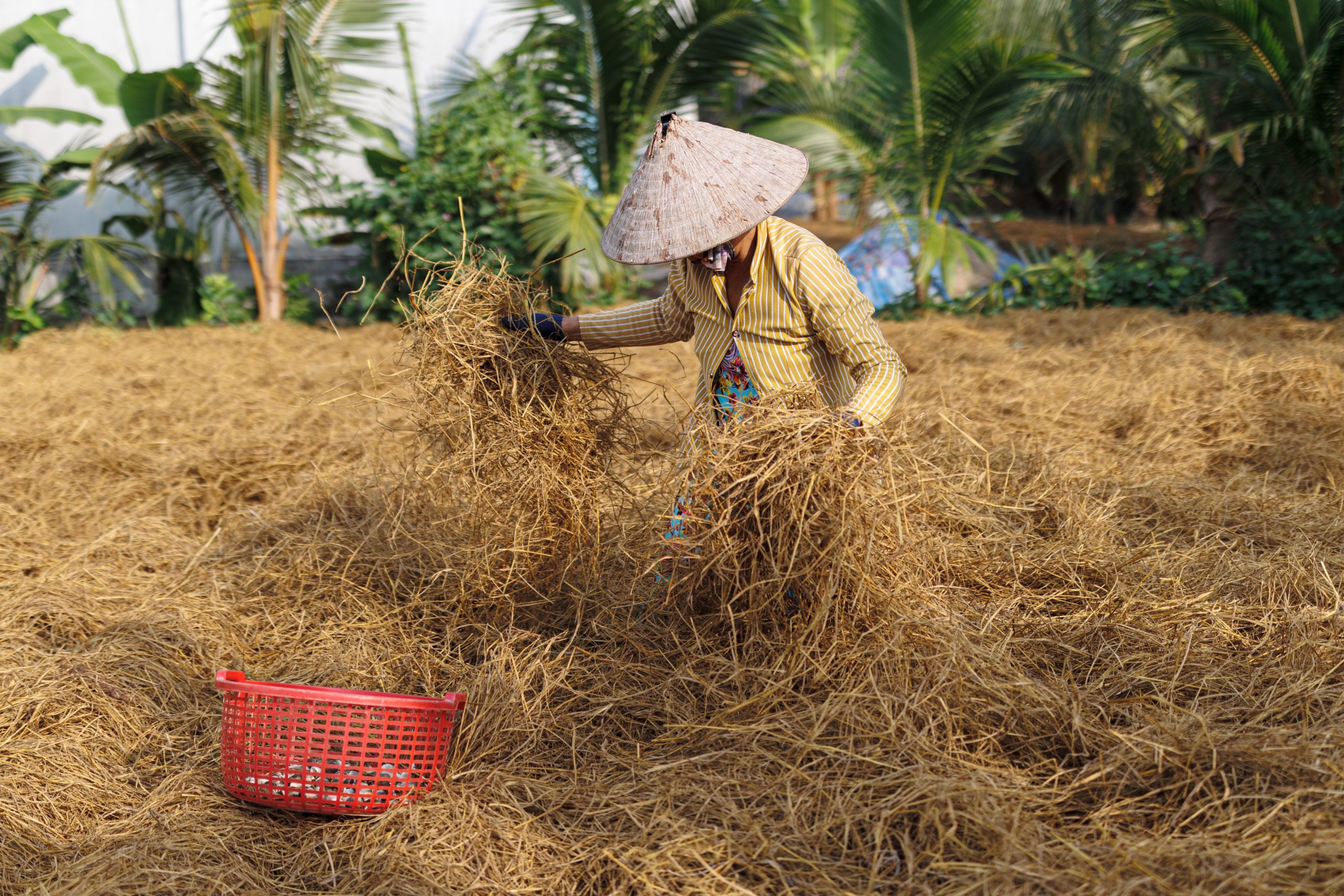 In the midst of the global recovery from the pandemic-driven economic downturn, city dwellers in major cities in south-east Asia are looking forward to a quick return to normalcy and better times thanks to international tourism and trade.

“There is prejudice [towards villagers] especially during ‘covid times’!” Bernard Kervyn, Founding Director of Mekong Plus, a non-profit organisation focusing on rural development in Vietnam and Cambodia, said, while elaborating on how people living in developed regions often have misconceptions and form stereotypes about life in the provinces.

It may seem like people living in rural regions enjoyed better lives during the Covid-19 pandemic because of livestock and abundant crops, but the reality could not be further away from the truth.

Long-term effects of the pandemic heavy on farmers

During Vietnam’s height of the pandemic in late 2021, the lack of transportation and logistics led to a serious problem—most farmers were not able to sell their produce in major cities.

“Even local markets and restaurants were restricted or closed [as a preventative measure],” Bernard added.

With families discarding rotten vegetables and often earning nothing from entire harvests, debt began to snowball drastically thanks to a vicious cycle of purchasing pesticides and fertilisers from shrewd local distributors.

Many farmers began agreeing to unfair contracts that offered seemingly cheaper rates for farming necessities—they could only sell their produce to these dealers at a pre-agreed price at the end of a harvest season.

“Even volunteers [at Mekong Plus] found it difficult to understand how much the farmers were losing at the very end!” Bernard exclaimed as he summarised the maths behind the practice, often resulting in farmers losing more than 30% of what they could have earned if crops were purveyed through normal means.

Madam Liễu from Tân Sơn town in Vietnam’s coastal Ninh Thuận province has leased a hectare of land for 15 years to grow rice crops as sustenance for her family of five individuals.

The cost of 13 bags of fertilisers amounts to VND11,000,000 (US$470) per season, with the dealer requiring the family to pay an interest of VND200,000(US$8.50) for a bag of fertiliser every 4 months. Pesticides are also offered through the same type of agreement.

To combat these complications which are also rampant in animal feed and livestock farming, Mekong Plus and its team have sought to increase the coverage of its interest-free microcredit programme.

Working with regional investment groups such as Dragon Capital and Momo, a successful digital wallet enterprise based in Vietnam, Mekong Plus has managed to expand the microcredit program to an additional 1000 households, to help farmers detach themselves from unequal contracts.

“VND3,000,000 [for each household] might not sound like much, but interest can snowball especially after two cycles,” Bernard explained while highlighting the importance of Mekong Plus’ successful interest-free microcredit loans that have helped alleviate poverty in the region over the last 20 years.

In Hàm Thuận Nam district of Bình Thuận province in Vietnam, a large number of dragon fruit farms have become abandoned because of diminished trade with China, the largest buyer of the bright red fruit that sports a large core of flesh that is juicy and mildly sweet. As of the date of publishing of this blog article (July 2022), much of the Chinese-Vietnamese border remains closed due to COVID-19 measures in China.

Not all crops and regions are affected only by the bare necessities of production and trade.

Beyond rising costs of fuel, fertilisers,and seeds aggravated by the Russia-Ukraine war, most of the region’s farming woes are related to climate change and environmental issues.

For example, dragonfruit’s immense need for water has also resulted in environmental problems associated with the constant need for locals to drill deeper for groundwater. Focusing too much on a single crop can also cause a region to be easily devastated by a disease that spreads quickly when there is no crop diversity—a problem that Mekong Plus is actively seeking to address through workshops and education in farming communities.

“The Mekong Delta is sinking by 3-centimetres a year and saltwater is penetrating deeper and deeper [into groundwater sources],” Bernard added, elaborating on the difficulties that locals face in their search for water suitable for irrigation, largely motivated by rainfall reduction due to climate change.

“Environmental problems often seem too global and too vague,” Bernard shared, emphasising the need for visible activity to motivate change.

Starting from campaigns that promote recycling plastic waste in Vietnamese primary and secondary schools, Mekong Plus is no stranger to promoting positive change to destructive practices.

It may be difficult to convince locals to switch to organic farming in a jiffy, but Mekong Plus believes in working with pilot farmers to test new and environmentally-friendly farming techniques—successful instances often inspire other villagers to adopt these practices.

With a budget of less than US$100 per household, Mekong Plus assisted several vegetable-producing families in the rural Long Mỹ district of Vietnam’s Hậu Giang province with the construction of covered vegetable farms with protect crops from heavy rainfall and pests. The benefits go beyond the elimination of pesticides—the ability for farmers to produce pricier off-season vegetables thanks to the technique has helped increase income.

How you can help Mekong Plus

Ultimately, devising long-term solutions that help reduce farming overheads and eliminate practices that cause irreversible damage to arable land is a core tenet at Mekong Plus.

“Between villages, the word is spreading!” Bernard exclaimed optimistically.

Visit Mekong Plus’ website today to find out more about how you can contribute through donations, purpose-driven bicycle tours in the Mekong Delta, and beneficiary-specific sponsorships that help Mekong Plus’ further its commitment to eliminating poverty in the region through sustainable projects focusing on agriculture, education and rural infrastructure.

Transforming plastic to improve lives: Mekong Plus’ other strategy

Improving education in the Mekong Delta key to changing lives