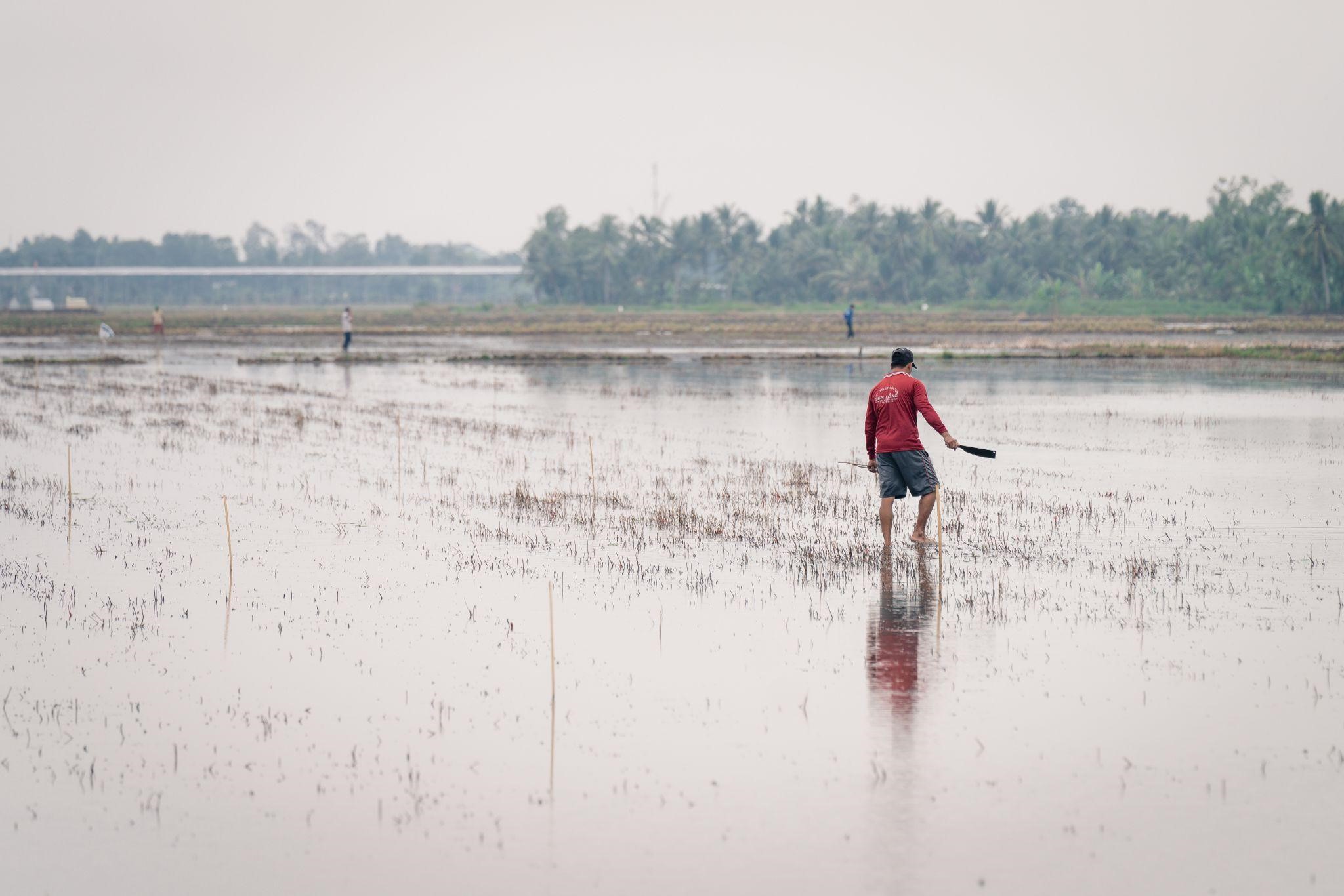 The Mekong Delta has seen a new slate of challenges in recent years.

Global warming has caused the sea to rise 1 cm a year, while intensive agriculture has caused land to sink 3 cm a year due to over-pumping of groundwater—a morbid combination that has resulted in heavy flooding in many parts of Vietnam close to the Mekong River’s tributaries.

“It is a vicious cycle, [and seawater is] penetrating deeper into the Delta every year!” Bernard Kervyn, founding director of Vietnam–Cambodia non-profit organisation Mekong Plus, exclaims.

After focusing on eliminating poverty through initiatives that involve education, infrastructure, and health for nearly three decades, the NPO has realised that deteriorating environmental conditions in Indochina have become the root cause of many woes suffered by low-income farming communities.

Government initiatives to encourage farmers to switch to rice strains that require less irrigation has proven to be partially successful, and Mekong Plus works with local communes to disseminate such knowledge through regular workshops.

But yet another problem is worryingly invisible—the overuse of pesticides.

“Encouraging locals to use compost and not chemicals is key,” Bernard explained.

To combat the issue, Mekong Plus has developed a new technique for farmers that involves treating straw leftover from harvesting with Trichoderma—a beneficial microscopic fungus that protects crops from pathogens while being an effective bio-fertiliser at the same time.

“The treated hay is then ploughed into the soil before the next crop cycle,” Bernard added, eliminating the need for farmers to burn or transport dried hay to another location.

Brother Đinh Văn Ly from Long My District of Vietnam Hau Giang province has seen immediate gains from the technique. Thanks to the microbial activity of Trichoderma, the composting time for his paddy field was reduced by more than three months thanks to the swift and even decomposition of organic fertiliser made from the hay used by his family to grow straw mushrooms.

The incidence of weed growth and crop disease has been reduced significantly—Ly’s family has seen a 45% increase in income thanks to bountiful harvests.

Additionally, hay treated with Trichoderma can also be sold to livestock farmers. Owing to the anti-bacterial properties of the fungus, regular bathing of sows is no longer needed, reducing the use of water.

Despite these advantages, the positive cycle of sustainable agriculture offered by the use of Trichoderma has yet to cease.

“After the pigs are sold, the farmers can also sell the leftover [hay] litter as fertiliser,” Bernard explained.

For vegetable farmers, Mekong Plus has developed and subsidised the construction of covered farms. Protected from pests and the elements, the technique virtually eliminates the need for pesticides and allows for off-season vegetables to be grown and sold for a higher price.

Ultimately, the low cost of its construction has made adoption swift.

“The budget [to build a covered farm] is often less than US$100 per family,” Bernard informed.

Madam Võ Thị Thu A from Vĩnh Thuận Đông township in Long Mỹ province is elated that the affordable technique has helped her family harvest 9 cycles of vegetables a year instead of just 4.

“Because our vegetables are grown clean without pesticides, we can sell them at VND2,000 (US$0.1) more per kilo,” she said.

For families that can afford to raise livestock such as swine and poultry, Mekong Plus has helped build systems that collect animal excrement for fermentation to safely produce methane gas as an environmental-friendly fuel for cooking.

Families with access to husks as waste from harvesting rice benefit from another strategy—biochar made from the material can be used in a similar way or as an effective compost additive that promotes microbial diversity and reduces heavy metal absorption in crops.

Working together with American waste-transformation PhD researcher Paul Olivier and his sustainably-produced gasifiers that produce nearly zero carbon monoxide, rice husk biochar made by Mekong Plus has gone beyond heating pots and pans to providing high-temperatures for extruding plastic bars into 1-metre bars that can be sold for more than a US dollar.

An average family of five in the Mekong Delta saves almost VND60,000 a month by using Biochar as their main form of cooking fuel—45% of what they would spend compared to using gas.

In areas of the Mekong Delta where ornamental plants are grown, the use of biochar in compost has also enriched the saturation of coloured flowers and eliminated the reliance on traditional fertilisers.

These strategies have helped Mekong Plus and its beneficiaries circumvent a triplet of problems—crop waste, plastic waste, and the rising cost of fossil fuels.

Giving back to children and underprivileged women

Working with ReForm Plastic Project helmed by Jan Zellmann of Evergreen Labs based in Danang City, Mekong Plus organises regular community litter picking activities with schools to collect plastic that is then converted into sustainable furniture.

“For schools that are bound by supplier contracts, we also make playgrounds and cafe furniture [with the recycled material],” Bernard elaborated.

Mekong Plus’ commitment to continued education has not been forgotten.

Schools that collect the most plastic waste are rewarded with more of the Mekong Quilts’ Scholarship—a two-decade-old programme helmed by Mekong Plus’ sister social enterprise that strives to create sustainable employment for underprivileged women while keeping their children in school.

How you can help Mekong Plus save the environment

At the same, in a bid to strengthen damaged soil structure, Mekong Plus and its volunteers have also started small-scale tree planting programmes with authorities of beneficiary communes.

Initiatives that aim to rectify damage due to decades of unsustainable farming practices and plastic pollution benefit greatly from your support as they are logistically challenging and involve millions of Vietnamese and Cambodians.

“With the help of partners, Mekong Plus hopes to help eliminate all forms of plastics in the field by 2030,” Bernard vows, reminding us that microplastics in our environment mean that the average individual consumes a credit card worth of plastic on a weekly basis.

Pledge a contribution to help Mekong Plus’ improve the lives of locals and the environment, or follow the Facebook page to discover more about its ongoing activities in sustainable agriculture and more.

Cycling for a cause with Mekong Plus

Have fun, do good with Mekong Plus’ bamboo bicycle tours